The settlement resolves allegations that the company made false claims regarding the results of its RF emissions tests.

Advanced Bionics LLC, a Valencia, California-based manufacturer of cochlear implant system devices, has agreed to pay more than $12 million to resolve allegations that it misled federal health care programs regarding the radio-frequency (RF) emissions generated by some of its cochlear implant processors.

“The United States expects device manufacturers to provide accurate information when they claim that their devices meet certain tests or standards,” said Principal Deputy Assistant Attorney General Brian M. Boynton, head of the Department of Justice’s Civil Division. “The integrity of our health care system depends on the government being able to rely on the information provided by manufacturers when they apply for permission to market their devices.”

“The FDA’s approval process requires companies to demonstrate the efficacy of their products,” said U.S Attorney Jacqueline C. Romero for the Eastern District of Pennsylvania. “The settlement in this case demonstrates our commitment to hold responsible any medical device manufacturer that skirts these rules and seeks FDA approval of a device it knows is not as effective as represented. The consumers who use these devices, and the federal programs that pay for many of them, deserve better.”

The tests at issue measured the extent to which cochlear implant systems generate RF emissions that can potentially interfere with other devices that use the RF spectrum. Such other devices may include telephones, alarm and security systems, televisions and radios.

“Patients deserve to receive medical devices which are in compliance with all federal standards,” said Special Agent in Charge Maureen R. Dixon of the Department of Health and Human Services (HHS-OIG) Office of the Inspector General. “Manufacturers are required to be truthful in submitting claims for payment to the Medicare and Medicaid Programs. HHS-OIG will continue to work with the Department of Justice and our law enforcement partners to protect the integrity of the Medicare Trust Fund.”

“The Department of Defense Office of Inspector General's Defense Criminal Investigative Service (DCIS) is committed to working with its law enforcement partners, including the Department of Justice, to combat health care fraud,” said Special Agent in Charge Patrick J. Hegarty of the DCIS Northeast Field Office. “TRICARE, the health care program for active-duty military personnel, retirees, and dependents, relies on medical providers to furnish complete and truthful information about the efficacy of their products and services. Today’s settlement demonstrates DCIS’s tireless commitment to investigating the submission of false claims and statements to TRICARE.”

“We expect that medical products offered to federal employees and their families meet the standards promised by the manufacturer,” said Special Agent in Charge Amy K. Parker of the Office of Personnel Management, Office of Inspector General (OPM-OIG). “We applaud our law enforcement partners and colleagues at the Department of Justice for their hard work resulting in today's settlement.”

“The Department of Veterans Affairs Office of Inspector General (VA-OIG) is dedicated to ensuring veterans receive the quality healthcare products they are promised,” said Special Agent in Charge Christopher Algieri of the VA-OIG Northeast Field Office. “In reaching today's settlement, we thank the Department of Justice, and our law enforcement partners in exposing misleading practices that affect medical devices meant for veterans and the proper use of VA dollars for their benefit.”

In addition to the civil settlement, Advanced Bionics entered into a five-year Corporate Integrity Agreement (CIA) with HHS-OIG. The CIA requires an independent review of activities and processes relating to the preparation or submission of Premarket Approval Applications (PMAs) to the FDA and performance standards relevant to those PMAs. Advanced Bionics must also implement a robust compliance program that includes, among other things, a risk assessment program and compliance certifications from key managers and from the Board of Directors.

The settlement resolves a lawsuit originally brought by David Nyberg, a former Advanced Bionics engineer, under the qui tam or whistleblower provisions of the False Claims Act. Under those provisions, a private party can file an action on behalf of the United States and receive a portion of any recovery. As part of this resolution, Mr. Nyberg will receive approximately $1.87 million of the federal settlement amount. 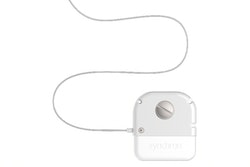 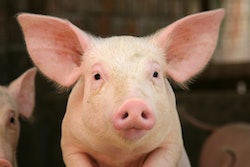 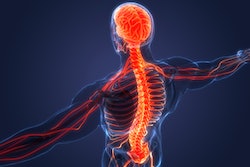 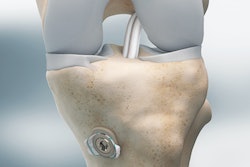 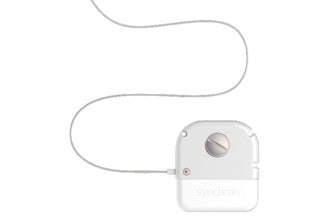 The device can transmit neural signals from inside a blood vessel in the brain over a long-term period without any serious adverse events.
January 10, 2023 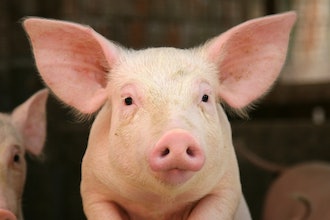 It shows promise for repairing penile injuries in humans.
January 4, 2023 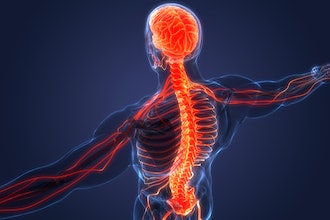 The WasherCap is the first soft-tissue graft fixation device designed to allow surgeons to perform a fixation non-dependent on the bone quality.
December 6, 2022

It's a single use medical device intended to be used on the brain surface for Intra Operative Neurophysiological Monitoring.
December 2, 2022 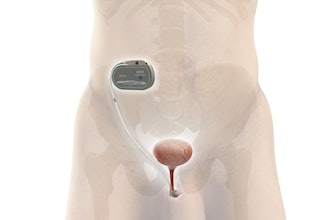 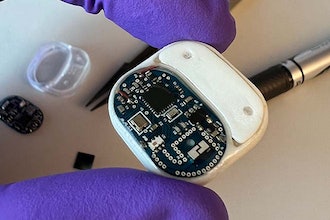 Remote-Controlled Drug Implant to Be Tested Aboard Space Station